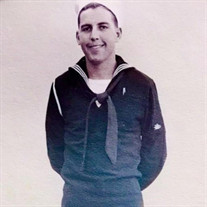 Gerald “Jerry” Root passed away peacefully in his sleep to the arms of Jesus on January 10, 2022, after reaching his 100th birthday. He was a loving husband, proud father, caring grandfather, devoted son, brother and friend. Jerry was born in Casa Grande, Arizona, December 16th, 1921, while his parents were homesteading 160 acres. The family then moved to Whittier, California, where the family again had citrus trees. This started Jerry’s lifelong love of orange trees. Jerry graduated in 1940 and attended Cal Poly until joining the Navy in 1942. Jerry served for 3 ½ years as radio technician 2nd class aboard the Destroyer Aylwin 355 until WW2 ended in 1945. He then returned to Cal Poly until taking a government radioman position in Alaska. Jerry then settled in Ashland, Oregon, where he met and married Lila Gilliam in 1950 and his daughter, Shirley Annette Root, was born in 1951. Jerry then took government positions in Salt Lake City and San Diego before moving to Redlands, California, where he worked as senior inspector for Grand Central Rocket Company. He also owned and managed an orange grove. In 1960 the family moved to Chico, California, where his second daughter, Janet Elaine Root, was born and he owned and managed an apartment complex. In 1968 the family moved to Washington state, where Jerry worked as machinist and tool maker for Puget Sound Naval Shipyard in Bremerton until his retirement in 1986. Following retirement Jerry and Lila moved to Fallbrook, California and traveled internationally, also enjoying RV travels coast to coast. They eventually settled in Palm Desert, where Jerry again planted his beloved citrus trees. At 99 Jerry moved back to Washington at Crista Shores Senior Living in Silverdale. Jerry’s passions were his faith, family and friends, his trees and fishing and hunting. He is predeceased by his lovely wife, Lila, of 62 wonderful years, his brother, Gordon Root, and sister, June Mann. He is survived by his daughters, Shirley Ann Root and Janet Hughes (Dave), granddaughters, Heather Celeste White, Amber Hughes and Ashley Dixon (Alan) and great grandson, Avery Dixon. Graveside service pending in Riverside National Cemetery, Riverside, California. Jerry will be greatly missed.

Gerald &#8220;Jerry&#8221; Root passed away peacefully in his sleep to the arms of Jesus on January 10, 2022, after reaching his 100th birthday. He was a loving husband, proud father, caring grandfather, devoted son, brother and friend. Jerry... View Obituary & Service Information

The family of Gerald James Root created this Life Tributes page to make it easy to share your memories.

Gerald “Jerry” Root passed away peacefully in his sleep to the...

Send flowers to the Root family.