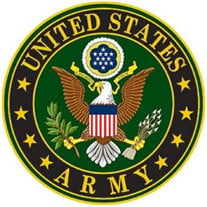 JOHN E. FLOWERS’ Obituary – September 30, 2021 John E. Flowers, a longtime resident of Riverside, CA , born May 13, 1933, passed away September 30, 2021 at the age of 88. He was surrounded by his wife, Maryella; two sons Mark Leyton and John Anthony. He was a loving husband, father and grandfather who enjoyed his family. Upon graduation from Marietta College, in Marietta, Ohio, John was drafted by the US ARMY into the Korean War and served 14 months of his war years in France. John was born in Evans, WV to Robert William Flowers and Dollie Lena Flowers. John was the third son of four boys and one girl. He grew up on a farm in WV. He is survived by his loving wife, Maryella Muscari Flowers, 2 sons, Mark Leyton Flowers and John Anthony Flowers; John Anthony’s wife, Anna Maria DeMicco Flowers; two grandchildren, Major Anthony Flowers and Madison Maria Flowers; his youngest brother, Norman Nelson Flowers and Sharon Cluck. He was very proud of his maternal grandmother, Caldonia Richardson, who was ¼ Choctaw Indian. John graduated in June 1951 from Ravenswood High School, Ravenswood, WV; he lettered in basketball and football in high school/he was captain of the Ravenswood Red Devil Football Team; earned a football scholarship to Marietta College. With the athletic scholarship and church loans, he earned a degree in Chemical Geology/Engineering. During college John coached football for an orphanage. After his discharge from the Army, he returned to Ravenswood; got a job w/Kaiser Aluminum & Chemical Corporation – married; had two sons and coached Jr. Tackle Football in his hometown of Ravenswood, WV. He was proud to be able to give back to the community that was so good to him when he was growing up. In 1963 Hunter Engineering of Riverside, CA offered him a job as Technical Engineer for a local Engineering Co. ALUMAX; the Company moved our family from Ravenswood, WV to Riverside, CA. In Riverside, CA John, coached Junior Little League teams: basketball, baseball and football. John traveled most of the world as a Project Engineer putting in aluminum manufacturing plants. Some of the places he has worked include: Bulgaria, Venezuela, Malaysia, China, Egypt, Russia, Yugoslavia, Czechoslovakia, Greece, Turkey, England, France, Denmark, Sweden, Finland, Norway, Mexico, Canada, Costa Rica, Puerto Rico , etc. There were many years John was away from home more than he was home. John and Maryella have been happily married for 63 years. In lieu of flowers, the family requests a donation to your favorite charity IF YOU WILL LIKE TO FOLLOW THE PROCESSION, PLEASE MEET AT ARLINGTON MORTUARY 9645 MAGNOLIA AVE, RIVERSIDE, CA 92503 AT 11:45A.M. MONDAY NOVEMBER 1, 2021.

The family of John E. Flowers created this Life Tributes page to make it easy to share your memories.

Send flowers to the Flowers family.