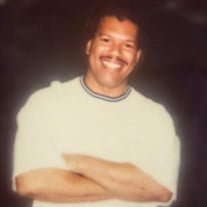 Lawrence Alfonso Davis III Early Life. Lawrence was born November 4, 1961 to Mother Audrey Mildred Davis-Heath and Father Lawrence Alfonso Davis Jr. Lawrence was an active child and made friends wherever he went. He loved spending time with his sisters Wendy Davis and Tamera Jackson. He attended Garh High school and after graduating, went into the army. While in the army he studied to become a psychiatric technician. He traveled to many places including Korea, Japan, Germany, and all over the United States. After leaving active duty he went to Cerritos college and was a tight end for Cerritos College football team. While attending college he enlisted in the army reserve. It was here that he met the women that he would spend the rest of his life with. Jeanett Jefferson. Jeanett and Lawrence were together for 38 years. They were married and had four kids; Jeané, Jessica, Joshua, and Johnathan; Or should I say Honey Bee Bunny, Shun Bunny, Mind of Knowledge, and Waybeyond. Anyone who knows Larry would not be surprised by these names. Lawrence was a creative mind who carried a flute and Hacky Sack with him everywhere he went. He would draw, paint, and read books like Carlos Castaneda. He he was a stage hand and event coordinator for IATSE local 720 and Thomas and Mac Event Center. He worked with these companies for 20 years. The skills he learned here lead him to build his own music studio and start CoalLab Productions. Lawrence struggled with drugs and alcohol. He would later find help in God, his family and The AA Hall on Rancho. It was here that he found one of his callings, as well as many life long friends. One of the things he was passionate about was sponsoring. He loved listening and helping others. He shared his stories about his adventures in The Sandbox. The sandbox represents his struggles with addiction. Lawrence overcame his struggles with addiction and helped many others along their journey to overcome. John 7:8 “So when they continued asking him, he lifted up himself, and said unto them, He that is without sin among you, let him first cast a stone …” KJV List of Lawrence’s Loves Lawrence loved GOD, his family, his friends, food, nature, traveling, learning new things, and music. Music was such a big part of his life and his livelihood. From having long conversations with his kids about John Coltrane speaking his life story through his saxophone, to mosh pitting and giving it away with the Red Hot Chilli Peppers. From Les Nubians to Behind The Waterfall. From Drake to Final Fantasy theme music. Krummp Music to Jazz. From We need the funk to Break Every Chain. Later life In 2011 Larry was diagnosed with a brain tumor. Throughout many hospitalizations, complications, and Drs’ appointments, he remained faithful in God’s plans for him. “Our greatest glory consists not in never falling, but in rising every time we fall.” Confucius Lawrence, Larry, Pops, Zen, Papa, Popalopalous. A man of many names. Whatever you knew him by, you had no choice but to remember him. Lawrence enjoyed talking and never met a stranger. Lawrence enjoyed life to the fullest and a was a character. He was original, quirky, talkative, awesome, people-loving, God fearing, and saved. I leave you with this… JOHN 14:1-3 Do not let your hearts be troubled. You believe in God; believe also in me. My Father’s house has many rooms; if that were not so, would I have told you that I am going there to prepare a place for you? And if I go and prepare a place for you, I will come back and take you to be with me that you also may be where I am. His father Lawrence Alfonso Davis II preceded him in death. He leaves to cherish his loving memories; a very so much loved wife of 32 years, Jeanett Davis and his “Love You Forever”children , Jeané Davis, Jessica Davis, Lawrence Davis, and Johnathan Davis, a oh so beloved mother Audrey Mildred Davis-Heath and very loving mother-in-law Florine Smith, Lovely Aunts Rela O’sorio, Lavielle Alexander, Muriel Coleman, His favorite sisters Tamera Jackson, and Wendy Davis his “I love you man” brother-in-laws Morris Jackson, Lee Jones, Mark DeWitt, Ellis Clark, and Jerome Jefferson, with love to his sister-in-laws Marie Jones, Shenett DeWitt, and will love always his grandson Xavier Davis, and each of a host of nephews, nieces, cousins, other family and friends has a place in his heart.

The family of Lawrence Alfonso Davis III created this Life Tributes page to make it easy to share your memories.

Send flowers to the Davis family.